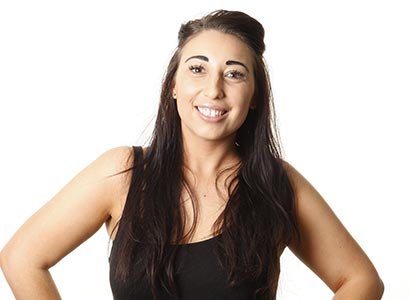 Elajé’s Founder and Managing Director, Julia Gaudio, is celebrating after being named a finalist in the Business Thinker category of national hairdressing competition – the Most Wanted Awards.

Following a judging session by more than 50 influencers from the worlds of hair and fashion, Julia has been voted one of the UK’s most dynamic business thinking hairdressers and will be heading to the Most Wanted Grand Final on Monday 7 September 2015. Taking place at iconic London venue, the Natural History Museum, the awards event will be hosted by comedian Jack Whitehall.

Presented by award-winning industry publication Creative HEAD, 2015 marks the 15th anniversary of the Most Wanted Awards. The 11 sought-after titles – individually sponsored by top hairdressing and business brands – recognise excellence across a multitude of disciplines from business acumen and customer service to creative skill and technical ability.

“I am delighted to be in the running for such an incredible award,” says Julia. “Anyone who runs a business will know the time and dedication it takes to make it a success, and to be recognised for this is incredible. I can’t wait for the final, especially as it’s in such a grand venue – The Natural History Museum,” she says.

The industry’s finest will take home the greatest mark of approval – a Most Wanted Trophy. But that’s not all. This year’s winners will also enjoy an exclusive prize courtesy of their category sponsor and receive profile-boosting editorial coverage in Creative HEAD magazine and its associated titles and websites, resulting in global exposure that will see their profile propelled into the spotlight.

Catherine Handcock, Publisher of Creative HEAD, says: “British hairdressing is widely acknowledged as the best in the world, and Most Wanted celebrates the best of British. To make the finals is an amazing achievement – something that definitely marks you out as an exceptional talent.”